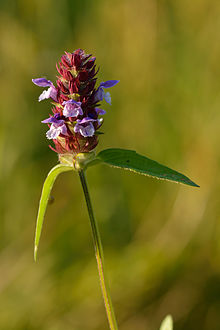 If my Abenaki grandmother
did not have to live white,
I might have learned
the uses for heal-all, burdock and spirea.
How to read the meaning
in a wolf call.

I might have learned
to weave baskets of sweetgrass,
the best time to dig
the root of the blackberry,
the names of the healing plants
that live in the bogs and wetlands.
How the crow lost its song.

I would have learned
that children are
cherished by my tribe,
meant to be seen and heard
and encouraged to discover
their own voice and gifts
to contribute to the community.

I would have learned
about the changes in the wind,
why the mountains call to my heart,
and to take strength from the feeling
of the soil beneath my feet.
How to live in balance
and only take
what the earth can give.

Sometimes I feel sad that I know so little about the Abenaki heritage of my grandmothers and that no recognizable tradition survived in my family by the time I was born.  (Abenaki women married into both my father’s and mother’s families 5-6 generations ago.)  I wonder how much more we might value the plants around us if we understood their ability to heal illness and contribute to our health.  I wonder how much cleaner the earth would be and how much happier we might be if our community values were centered around cooperation and balance rather than competition and accumulation.

I recently re-read the book “Aunt Sarah: Woman of the Dawnland: by Trudy Ann Parker.  It is a fascinating story of an Abenaki healer who lived 108 winters and spent her childhood living in a family tribe on the Connecticut River, her teen years with a traveling circus and later returned as an adult to live near her “home” after those lands had been “distributed” to the whites.  I can’t help but wonder if Aunt Sarah would have known my grandmothers since they would have lived in the same area.